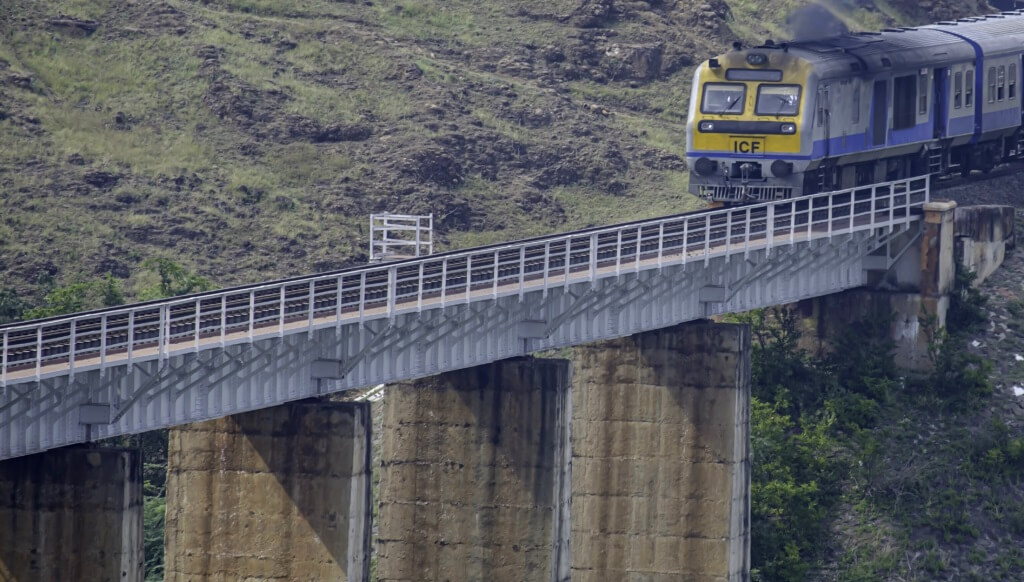 Structural Health Monitoring (SHM) is about the evaluation of the in-service performance of structures with a suite of sensors embedded in or attached to a structure.

Just as a medical doctor monitors a patient’s health using a variety of medical equipment, and prescribes corrective medicines, if required; SHM engineers use a variety of sensors to check overall structural health, identify excessive stress or deformation, and suggest corrective measures. And, just as advancements in medical science have helped improve the quality and longevity of human life; advances in SMH have helped enhance the useful life of structures.

Structures fitted with sensors are often termed “Smart Structures”. However, sensors alone do not make a structure smart. Sensors provide abstract data signals which have to be converted into useful information about structural response and condition before a ‘diagnosis’ can be carried out. Moreover, no standard rules exist for diagnostics and SHM system designers have to develop unique methodology and algorithms for each application. The methodology adopted for a particular structure will depend on the type of structure, type and location of sensors used and the objectives for which SHM is implemented for the structure under consideration.

That brings up the question – what are the objectives of SHM?

Supervised lifetime extension of ageing structures has been one of the early objectives of SHM. Several bridges around the world, which are candidates for replacement, continue to be in service, thanks to SHM. Indian Institute of Science has conducted SHM studies on several bridges belonging to Indian Railways to ascertain their remaining useful life. Based on recommendations from IISc, some of the bridges due for decommissioning continue to remain in service.

On the other end of the spectrum are new constructions, especially those in challenging environments such as earthquake-prone areas and corrosive environments near seashores. By embedding SHM sensors and associated systems in the structures, owners get Information on demand (or on a continuous basis, if so desired) about the structure’s health and warnings regarding any damage detected by the system.

SHM enables condition-based maintenance (CBM) inspection instead of schedule-driven inspections. In our considered opinion, this alone is reason enough for implementing SHM in existing structures. The primary reasons for faster deterioration of structures are unsatisfactory inspection and unmonitored increased loads over time (e.g. heavier trucks). Problems become apparent only when structures are in need of repair, and by then repair costs may become comparable to replacement costs!

Design engineers are learning a lot from the information SHM provides. The new performance-based design philosophy is evolving that can change the way we design structures and considerable savings in weight, size, and cost can be achieved.

Monitoring pipelines and preventing leaks is becoming an increasingly important application of SHM. Apart from a reduction in maintenance cost to the owners, SHM significantly reduces the risk to the environment from oil spills.

To put it all together, the objectives of SHM could be summarized as:

What is measured in SHM and why?

Load Magnitude and consequent deformation are the essential information obtained by SHM to ascertain if the structure is being loaded beyond its designed capacity. Another critical and related parameter is Strain which provides information regarding the ‘intensity of deformation’ due to loading.

Thermal expansion and repeated thermal cycles can cause damage. Hence SHM systems maintain a record of temperature and use this information in their algorithms. Temperature measurement is also required to correct the strain values provided by sensors as temperature affects strain readings.

Wind loads need to be taken into account in the design of long-span bridges and tall buildings, hence a measurement of wind speed and consequent pressure are important for such structures.

When structural elements break, they emit noise. Sensors for Acoustic Emissions monitor such noises and pinpoint the damaged locations using triangulation. Such measurements are typically required in post-tensioned concrete and cable-stayed structures.

Internet camera technology is increasingly being used to obtain time-stamped videos and pictures to witness extreme loads or events. Data can be correlated with images.

A variety of sensors are available today to measure the parameters mentioned above. Apart from functionality, designers must take into account the longevity of the sensors and associated devices. If SHM is being implemented for long term monitoring, the sensors must be robust enough to serve the intended function for the required duration. It is also important that sensors do not alter the behaviour of the structure. Features such as sensor wiring, conduit, junction boxes and other accessories must be accounted for in the initial structural design.

Let us look at some of the popular sensors in use today for SHM.

Fiber Optic Sensors are finding favour with SHM engineers due to several advantageous features over traditional sensors. FOS are non-conducting, do not require electrical power at the sensing node and are immune to electromagnetic interference. Further, these sensors are small in size, lightweight and non-corrosive. They can be used in flammable or explosive environments and can endure high temperatures. These sensors can also be multiplexed to provide multi-point sensing capability on a single fiber.

Based on the spatial distribution of the quantity to be measured, FOS can be classified into one of the following four categories:

FBG’s use small gratings created within a fiber optic cable that act as localized strain gauges. It is possible to create a number of grating son the same optical fiber, however, all FBGs on a fiber must reflect light at different wavelengths in order to uniquely identify readings from each grating. This limits the number of strain gauges on a single fiber. The wavelength of the reflected light is also influenced by temperature and needs to be compensated.

BOTDR is another technique for using fibre-optic cables to measure strain. BOTDR belongs to the distributed sensing category. Light pulses are sent down a cable and the frequency spectrum of light that is reflected back (backscattered) is measured. The peak frequency of the backscattered light spectrum is influenced by the strain (and temperature) in the cable. Continuous monitoring of strain over long distances is possible and commercial equipment available today can measure strain along 10 km.

The problem with BOTDR is the low intensity of backscattered light. Many readings have to be taken and averaged, resulting in increased measurement times and decreased accuracy. The cost of the equipment is also very high. However, BOTDR is a possible candidate for detecting deformations in tunnels.

In addition to the Brillouin effect, when a pulse of light is transmitted down a glass fiber a proportion of light is reflected due to variations in the refractive index of the fiber along its length. This is known as Rayleigh scattering. The intensity of this scattered light has been found to be proportional to strain, although like Brillouin scattering it is also sensitive to changes in temperature. With current commercially available analyzers, the technique can be used only with fibers of up to around 70 m in length, compared with the lengths of many kilometres that are possible with Brillouin scattering based systems.

In a Fabry–Pérot sensor there are two mirrors at each end of the sensing section. Light is partially reflected and the phase and amplitude change due to interference in the cavity when the distance between the mirrors changes. This spacing between the mirrors is dependent on physical phenomena, such as strain and temperature, which can be sensed with high accuracy. Commercial instruments are available for both techniques and are being flight-tested by some manufacturers.

The principal component of the vibrating wire sensor is a tensioned steel wire that vibrates at a resonant frequency that is proportional to the strain in the wire. This mechanism is used to measure static strain, stress, pressure, tilt, and displacement through various sensor configurations.

Vibrating wire strain gauges are widely used to measure strain in steel or in reinforced concrete. They can be easily embedded in concrete for monitoring strain in piles, foundations, dams, tunnels, etc. Arc-weldable gauges are suitable for arc welding to steel structures such as tunnel linings, piles and bridges.

Vibrating wire displacement transducers are basically designed to monitor long term movement in critical structures. These sensors are able to measure minor displacements across joints and cracks in concrete, rock, soil and structural members. In essence, the transducer is composed of a vibrating wire connected to a tension spring. Any displacements of structural elements in the vicinity of the sensor are accommodated by a stretching of the tension spring, which in turn produces a commensurate increase in wire tension. These sensors are mostly used for crack width measurements in bridges and tunnels.

An LVDT (linear variable differential transformer) is an electromechanical sensor used for measuring linear displacement. One can use LVDT in the applications where displacements to be measured range from a fraction of mm to few cms. LVDT sensors are frequently used in structural monitoring applications such as recording displacement on structural members due to living loads and temperature variations.

A load cell is a type of transducer used for converting a mechanical force such as tension, compression, pressure, or torque into measurable electrical output. This output changes proportionally to the force applied to the load cell. Load cells have been employed for a variety of applications that demand accuracy and precision.

The most common type of strain gauge consists of an insulating flexible backing that supports a metallic foil pattern. The gauge is attached to the object by a suitable adhesive material. When subjected to force, the foil is deformed, causing its electrical resistance to change which can then be measured. These sensors are most often used to monitor strain in steel and reinforced concrete structures. However, these days FOS based strain gauges are being preferred.

A strain gauge rosette comprises two or more strain gauges that are positioned to measure strains along with different directions of the component under evaluation. The use of multiple strain gauges enables a more precise evaluation of strain on the surface being measured.

Acoustic Emission (AE) Sensors measure high-frequency energy signals that are generated from local sources of stress waves. Discontinuities and defects in a material generate stress waves. AE sensors are able to pick up the stress waves propagated to the material’s surface. By converting these waves into electrical signals, AE sensors are ideal devices to effectively assess the current state of materials under stress. These sensors are mainly used to detect the onset of growth of existing cracks in structural components.

Civil engineering structures are subject to environmental changes and therefore it is necessary to measure the temperature that affects the physical properties of structures. Thermocouples have been widely used to monitor the variations of temperature at certain points of the structure. Most of the large concrete structures use temperature sensors while casting and during construction, in order to have full control over temperature changes under curing. FOS based temperature monitoring is beginning to find favour now.

In conclusion, the development of an SHM system requires expertise from many different engineering disciplines – Materials, Structures, Computers, Communication, Signal Processing and Data Science, to name a few. Acquisition of Data, Communication of Data, Data feature extraction, Storage of Processed Data for historical analysis, Retrieval of Data on demand and Statistical Model Development.

A special team in “CIVIONICS” has been set up at L2M Rail to provide customised solutions in SHM. Our strong team in data analytics is supported by experts in Structural Health Monitoring from academia and public-funded research laboratories to develop optimal solutions for the clients. 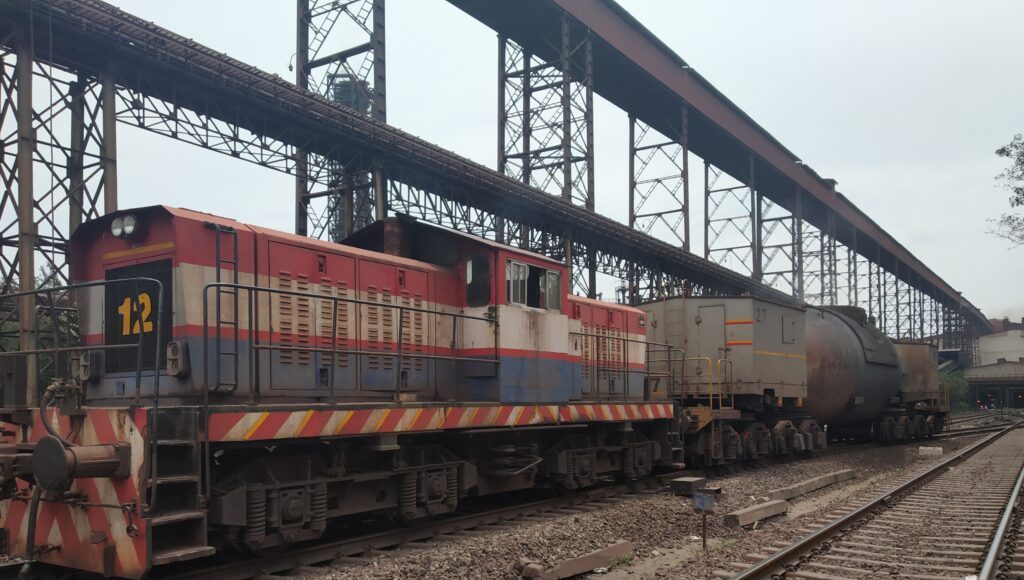 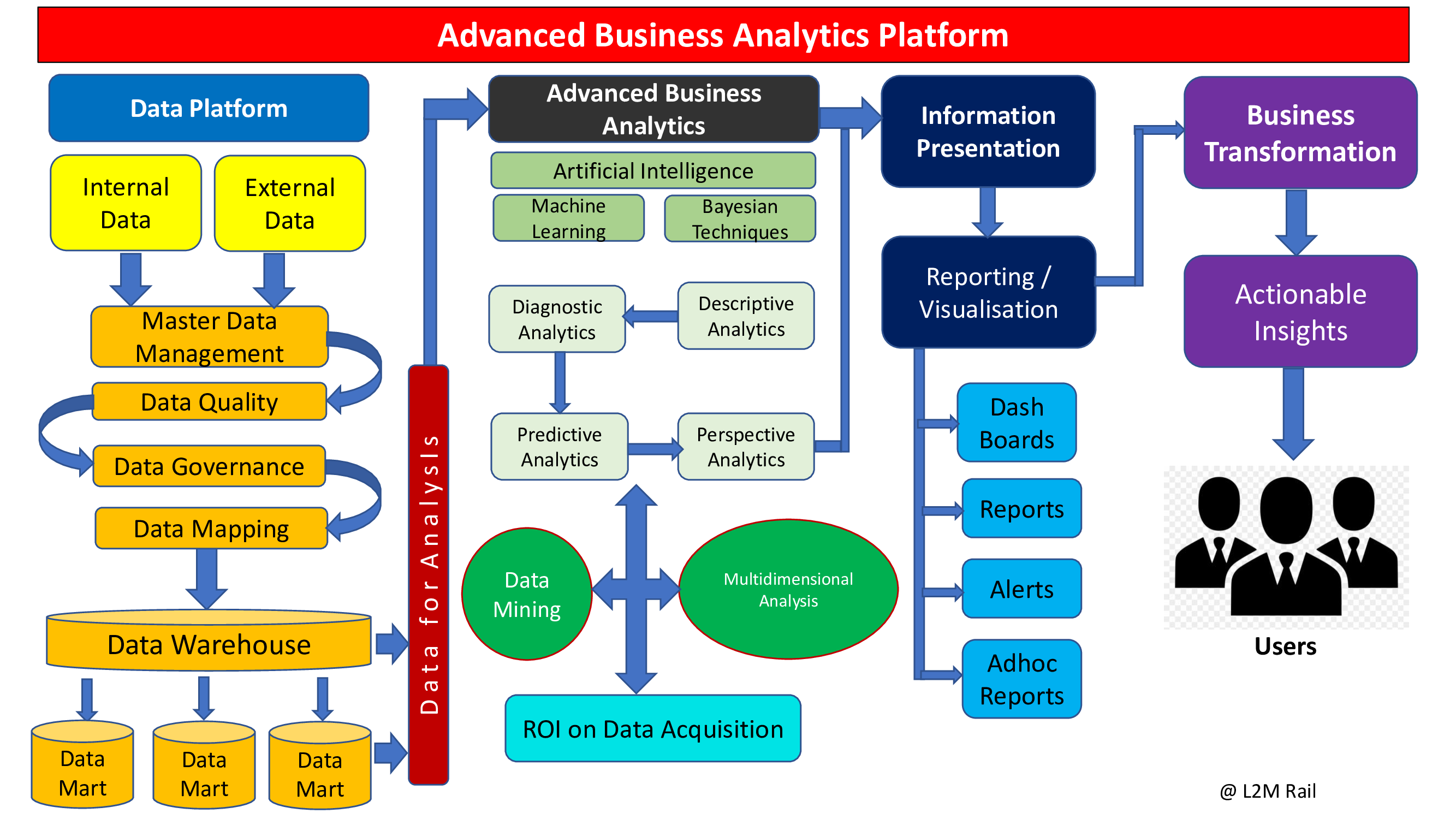 ADVANCED BUSINESS ANALYTICS FRAMEWORK FOR RAILWAY INDUSTRY
This framework integrates and aligns the people, processes, platforms and technologies in a rapidly digitizing